Jungle School still so important for orangutans, even during the pandemic

For the orangutans at the Open Orangutan Sanctuary in the Bukit Tigapuluh Ecosystem, Jungle School is all about learning through exploration and play. Not dissimilar to school for young humans! Even during the pandemic, Jungle School is still one of the most important parts of a young orangutan’s day. Strict health protocols keep them safe from COVID-19, which they’re at risk of catching as they share more than 97% DNA with humans.

In the past six months, eight orphaned orangutans at the Open Orangutan Sanctuary have been able to head out into the forest to learn the skills they need to survive in the wild. Being individuals, each orangutan needs a slightly different approach to Jungle School, based on their existing skills, interests and experiences.

Denis was moved to an enclosure so he could watch the other orangutans during Jungle School. Eventually, he was able to join his friends, moving around and playing for part of the time. He only spent 20% of his total time on feeding, which is one of the indications he’s still not ready for release to the wild. However, it’s great to hear that he tried various forest fruits he likes, while browsing in the canopy 10 metres above the ground. And the team even discovered him building a good quality nest back in April!

Cece spent most of her time in Jungle School foraging for food, and mainly consuming forest fruits. Great news is that she’s spending more time moving around than previously. Cece is never very far from her best friend Rosi, and together they avoid the forest floor, always staying at least 10 to 15 metres above the ground. It’s also great to hear that Rosi joined Jungle School more often in the past three months - a sure indication that she’s becoming more confident and learning the jungle survival skills she needs. Most of her time in Jungle School is dominated by feeding and foraging.

Boncel and Bobina are another best friend pair, and they hang out together at Jungle School, foraging and moving around through the canopy. Their social activities are dominated by cofeeding, sharing food with each other. They always stay at least 10 metres above the ground, but Boncel can climb up to 30 metres. The staff also discovered that Bobina has been practicing nest building, which is a great indication of her wild survival skills.

Iben joined Jungle School for the first time in May this year, spending most of his time exploring the surrounding forest, and only 15% of the time feeding and foraging. However, he consumed a wide range of items and species. Although he always stayed in trees, he didn’t climb very high - only up to 5 metres above the ground, although the staff have seen him climb up to 20 metres. Iben’s Jungle School partners were Dennis and Marike, so most of his social activities were dominated by playing with these two.

Marike also joined Jungle School for the first time in May 2021. At first she was afraid of using the rubber ropes to climb to the trees, so she mostly played on the ground. The orangutan carers supported and encouraged her every time Marike climbed down to the ground, until she finally started climbing a tree. When she finally climbed a tree, she stayed 5 to 10 metres above the ground. However, it will take a little while for her to get used to climbing and staying up in the trees; whenever a carer would come by with food, she would climb down again. Like many little humans, Marike is easily distracted by food during school time!

Natalee joined Jungle School for the first time in June, and as this was new for her, she was a little afraid when the orangutan carer carried her piggyback, crying and trying to run away. To calm her down, the sanctuary staff decided to ease her into Jungle School by simply opening her enclosure door to start with, so she could take her time to join the forest lessons. Gradually, she became more courageous and less afraid, and finally joined Jungle School, spending most of her time exploring the surrounding forest. She only climbed 1 to 5 metres above the ground and often climbed down, preferring to play on the ground. Although she only foraged about a quarter of her time, she tried a wide range of foods including fruits, cambium, leaves and stem.

If you'd like to help orangutans like Natalee, Cece, Denis and Iben, please consider donating to our rehabilitation programs: https://www.theorangutanproject.org/donate/help-us-rescue-rehabilitate-and-release-orangutans/

(Program run by Ministry of Forestry and FZS) 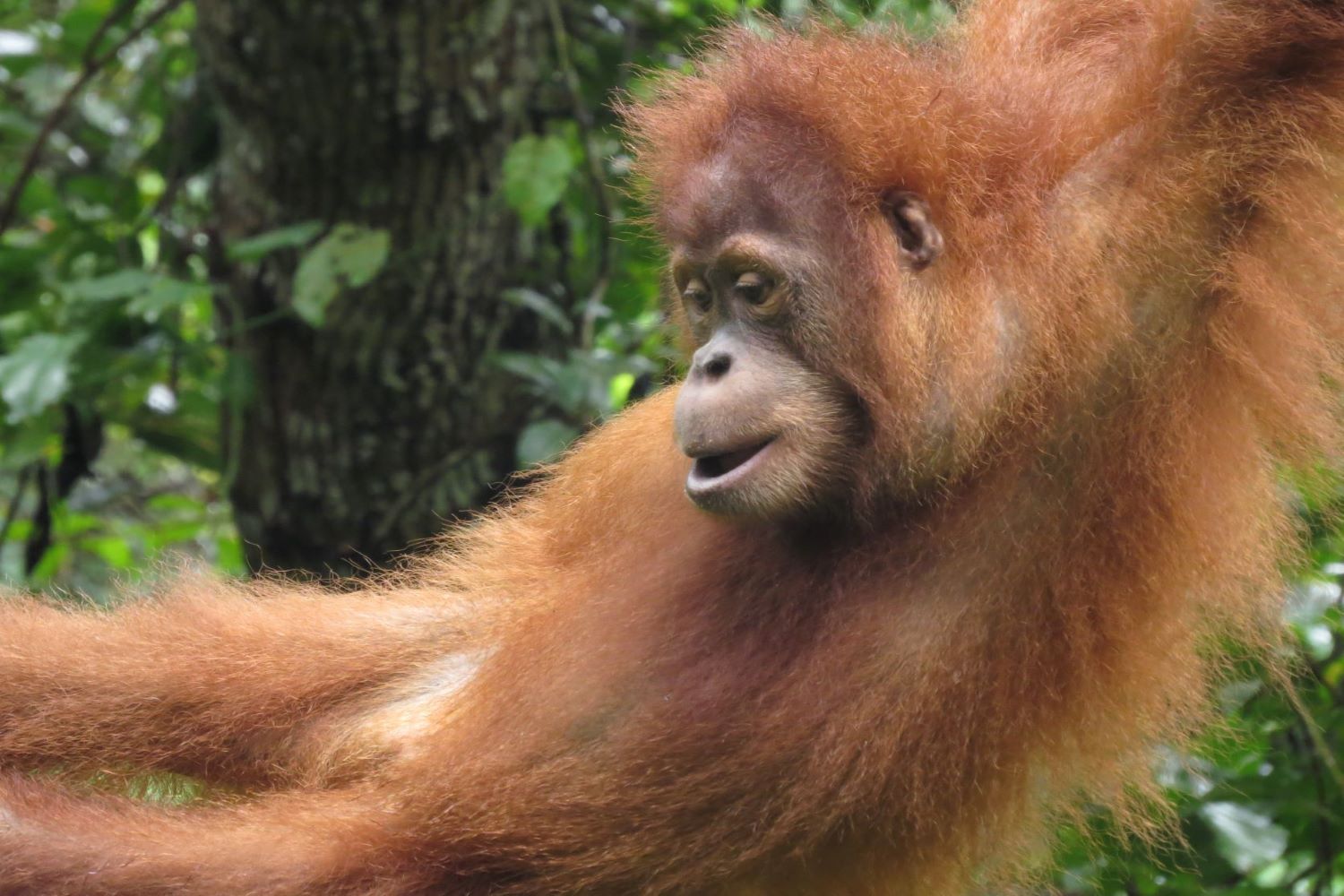 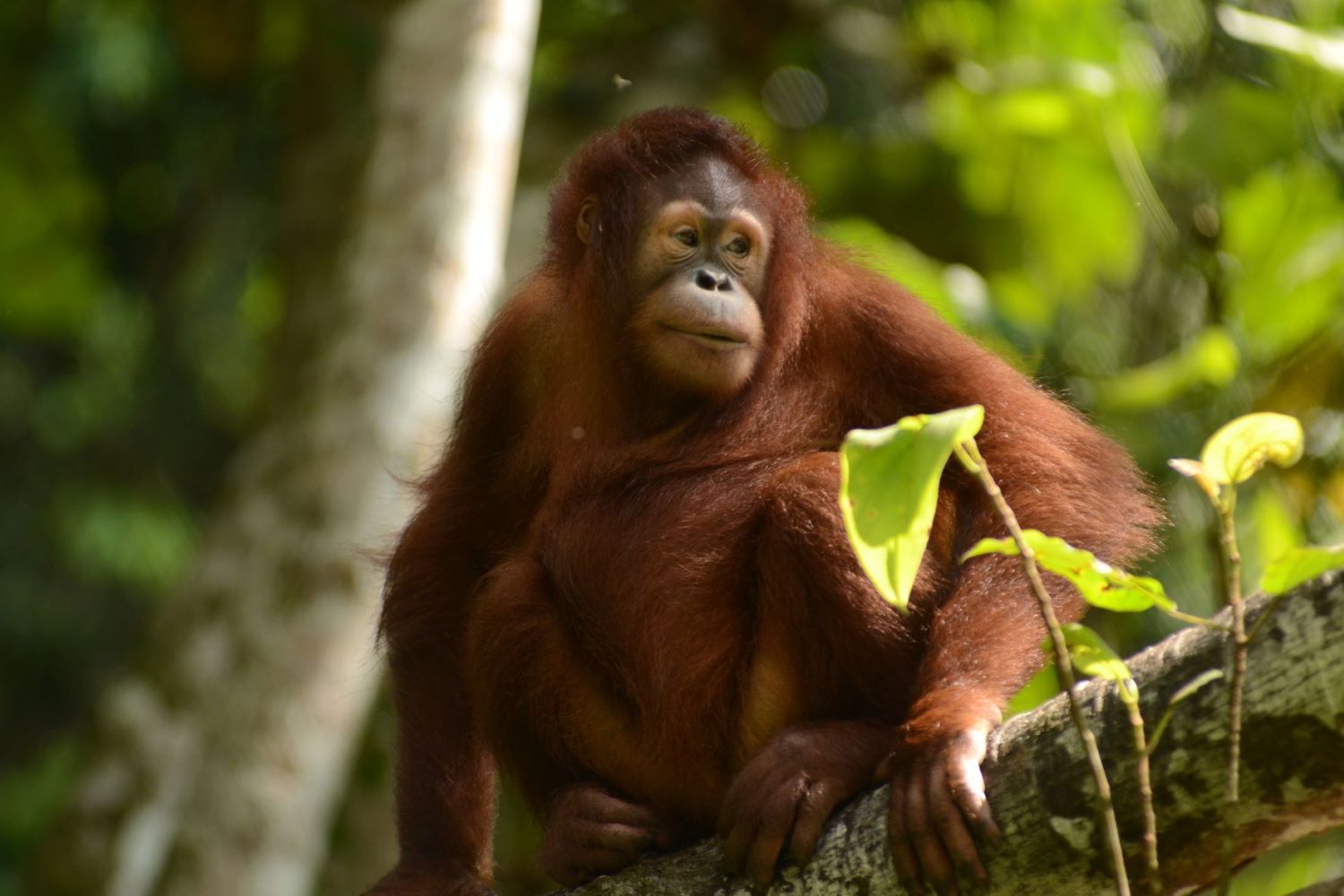 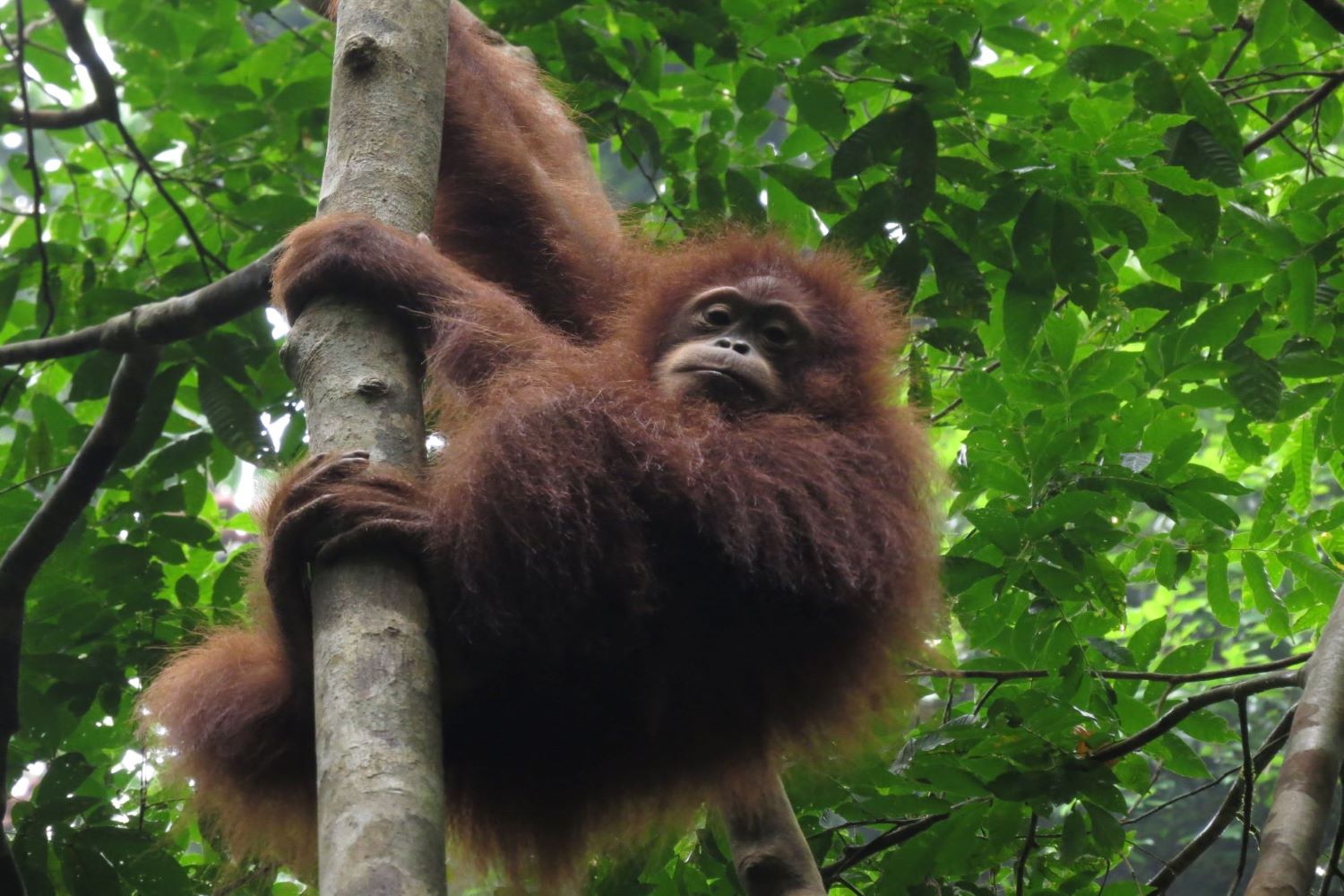 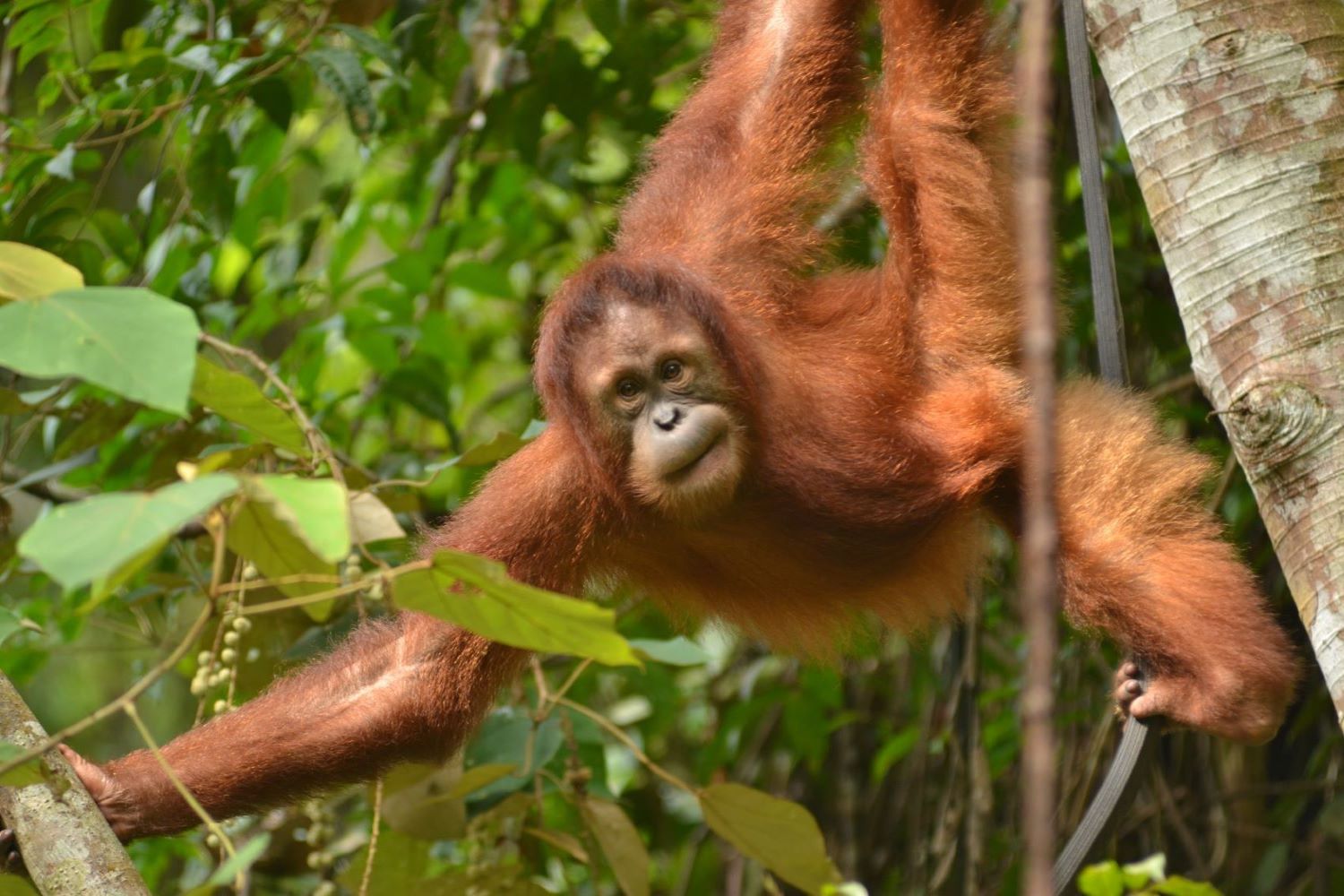 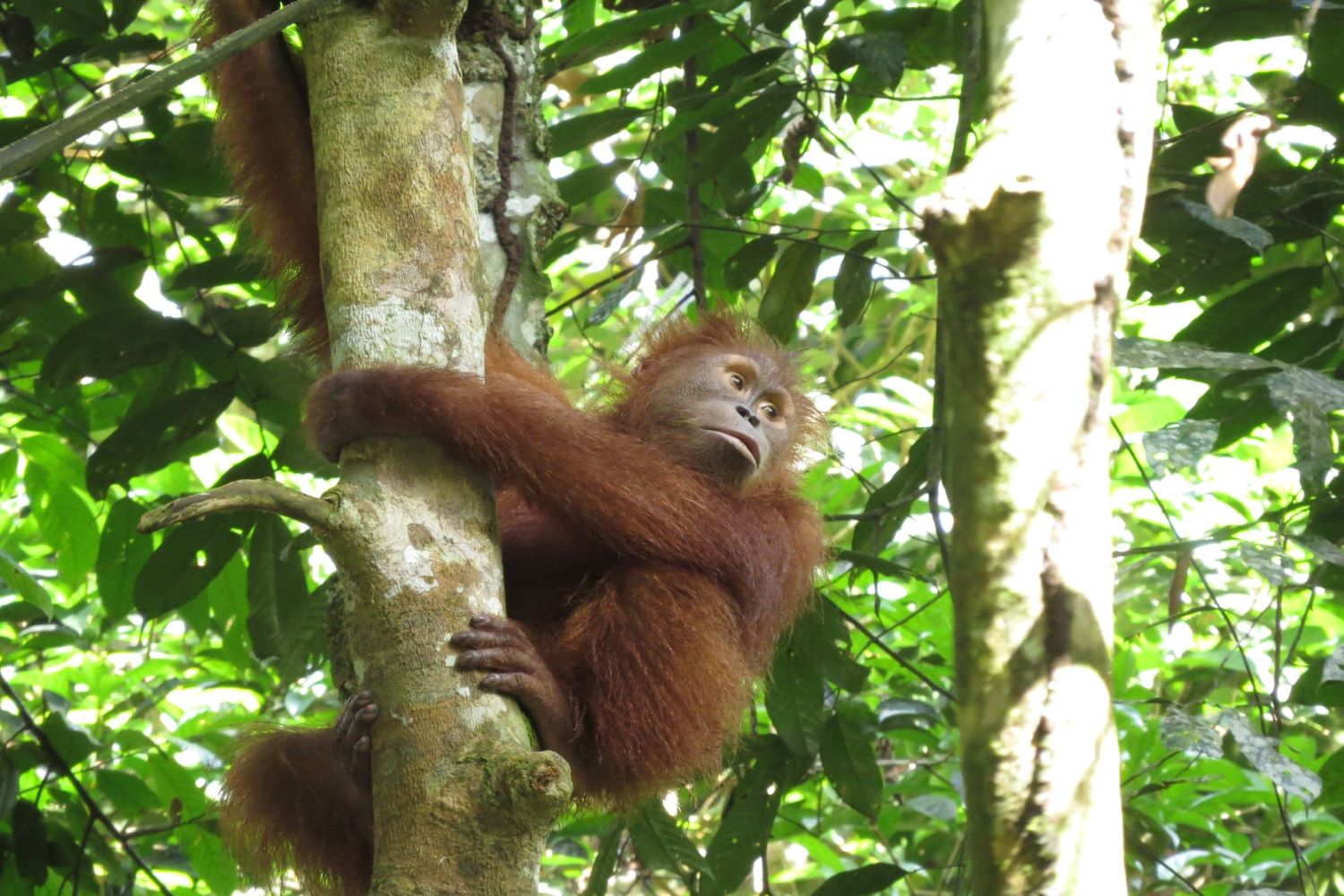 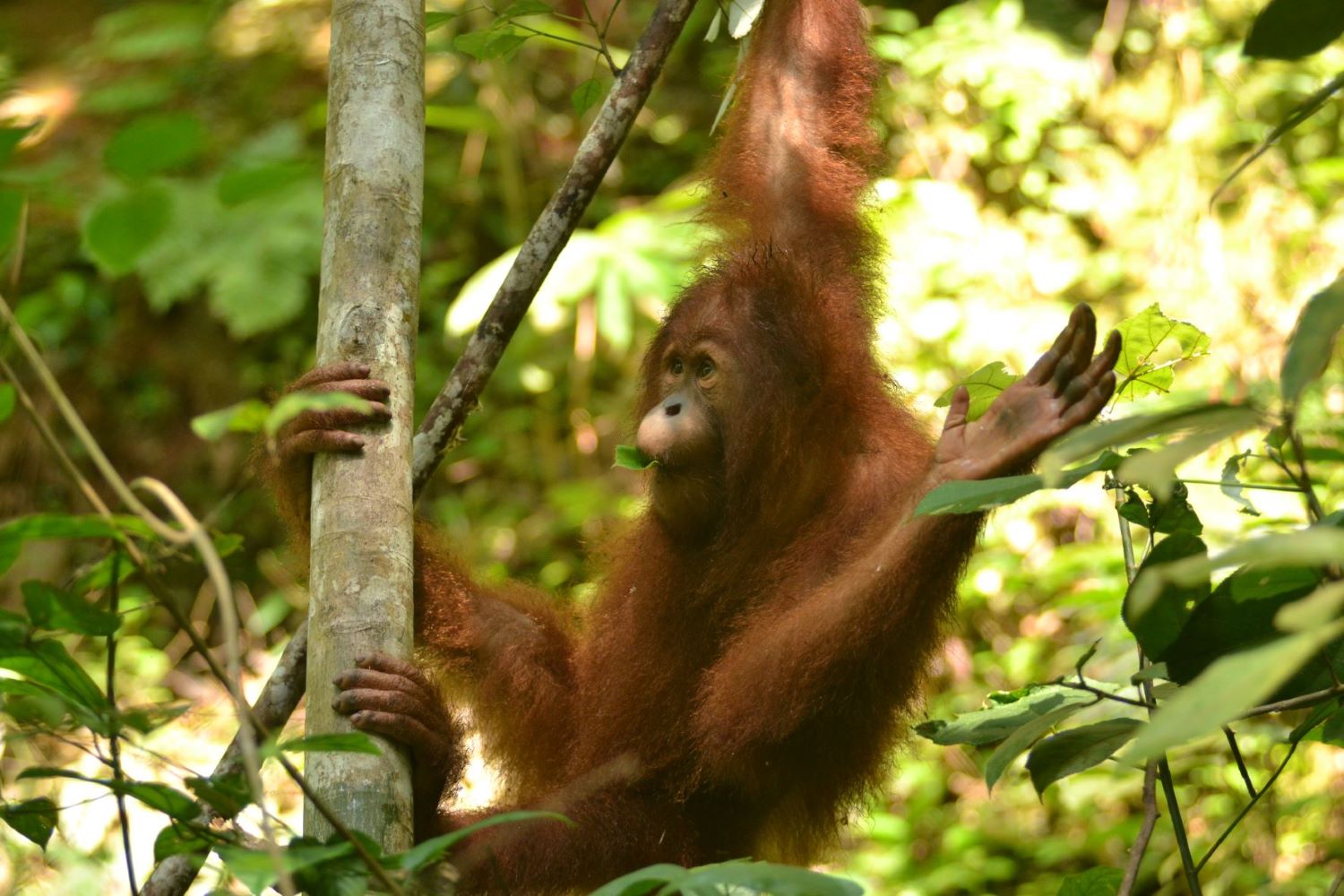