It has now been over one year since Citrawan ventured out on her first forest school outing in the Bukit Tigapuluh ecosystem. She has progressed very well, and she prefers to spend time in the forest with her orangutan friends so it can be quite a challenge for her keepers to lure or carry her back to her enclosure for the night. Citrawan has continued to be an excellent role model for other young orangutans at forest school. She forages well and travels extensively and the other youngsters follow her. Citrawan has also been improving with her nest-building- another vital skill needed by wild orangutans.

Citrawan and the other youngsters are becoming more independent and ignore the staff down below when they are busy in the canopy searching for food or playing together. It requires a lot of effort for the youngsters to climb large trees, especially when it is raining, however they have been very persistent. Citrawan has even succeeded in using ‘tree swaying’ to enable her to move from one tree to another. She will search for small, flexible trees to sway with her body weight and reach other larger trees. Great stuff Citrawan! The young orangutans have also been more alert and aware of their surroundings and will shake branches and vocalise when encountering other wildlife.

Cheeky Citrawan and Citaria went missing for several days during forest school time a while ago. The keepers couldn’t find them after they both moved quickly and silently from the area in the top of the canopy. Fortunately, the adventurous pair appeared near their enclosure several days later. The keepers were able to lure them back into the enclosure. This cheeky escapade has shown that these young orangutans are well on their way to being able to survive independently in the forest.

Jungle school sessions decreased in August and had to stop in September for several weeks due to the thick smoke from burning peatland and forest nearby.  The pollution reached 228 parts per million which is a very unhealthy level. Thankfully, all orangutans are in an overall healthy condition, however several of them suffered coughing due to the air pollution. Therefore, all orangutans received extra milk and multivitamins to help with these symptoms. 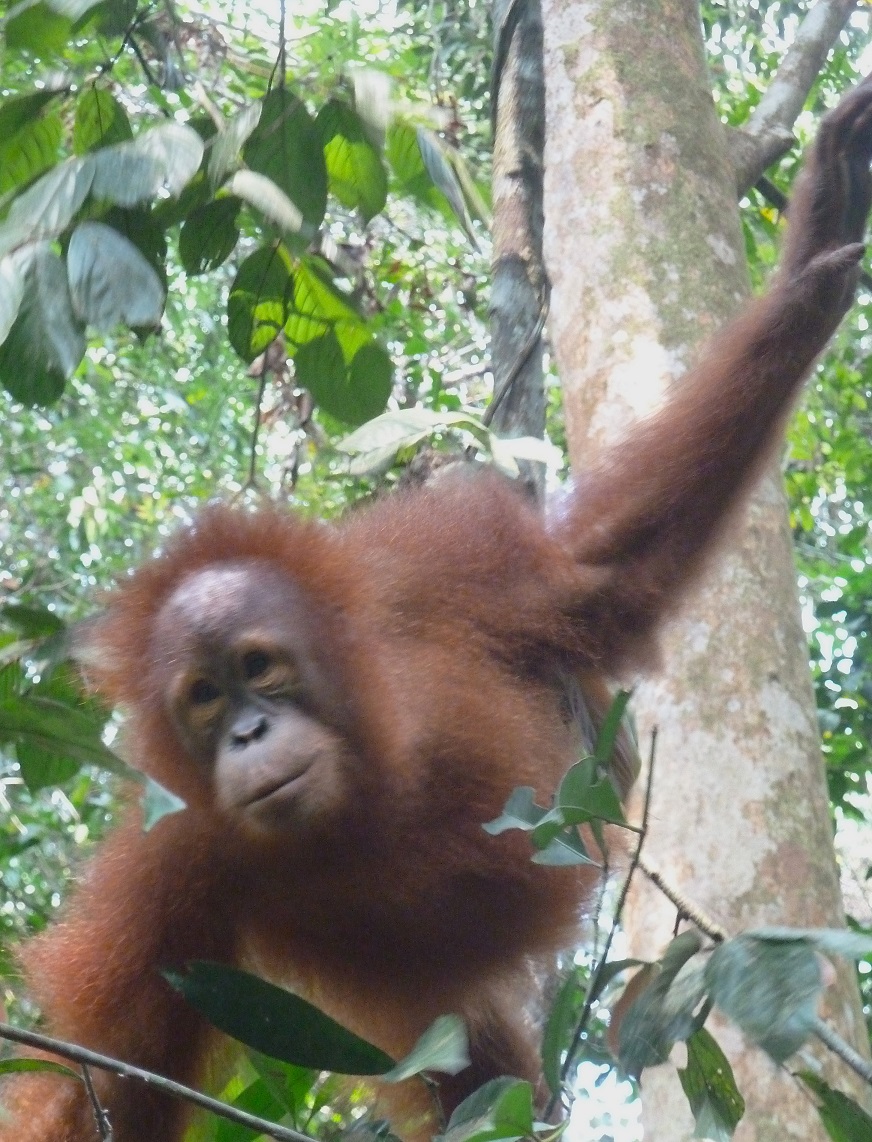