Little Cece has now been at the Sumatran Orangutan Reintroduction Centre in the Bukit Tigapuluh ecosystem for six months. As one of the newest members of forest school, Cece still has much to learn however she has made some promising progress.

She continues to learn from other more experienced orangutans including Citrawan. She makes sleeping nests in the cages from leaves and twigs and interacts well with the other young orangutans. Cece and Rosi are still closely bonded and are housed together in an enclosure. Cece enjoys the various enrichment given to the orangutans by the keepers. These include feeder balls, leaf parcels, flowers, forest fruits and other activities to promote problem solving such as fishing for food treats with long sticks. Cece often shares her food with Rosi.

All new jungle school students including Cece spent less time in the forest than other more experienced orangutans since they become tired and attempt to come to the ground to receive attention from the keepers. However, the youngsters have shown good foraging activity and have eaten a wide range of forest food.

Jungle school sessions decreased in August and had to stop in September for several weeks due to the thick smoke from burning peatland and forest nearby.  The pollution reached 228 parts per million which is a very unhealthy level. Thankfully, all orangutans are in an overall healthy condition, however several of them suffered coughing due to the air pollution. Therefore, all orangutans received extra milk and multivitamins to help with these symptoms. 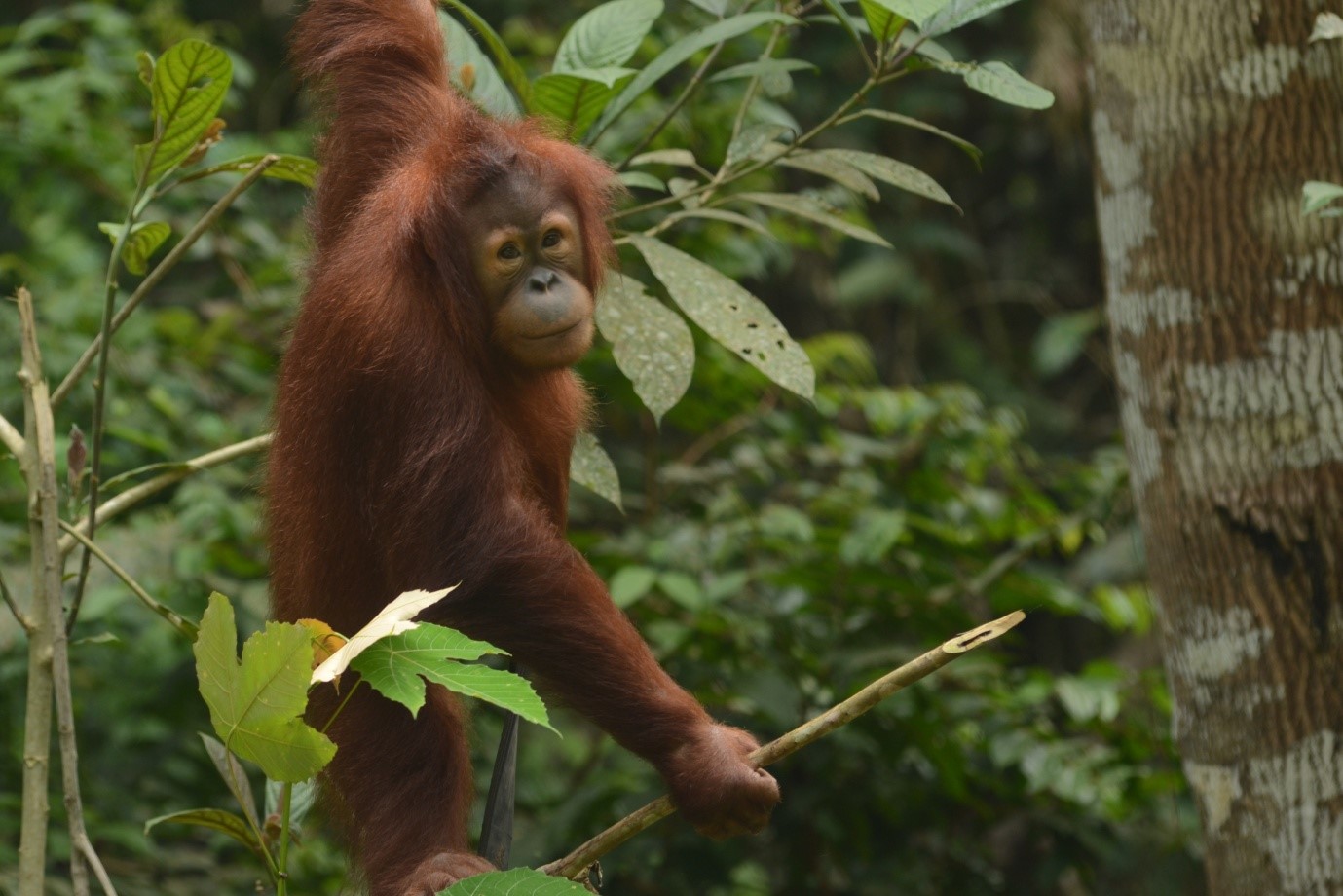 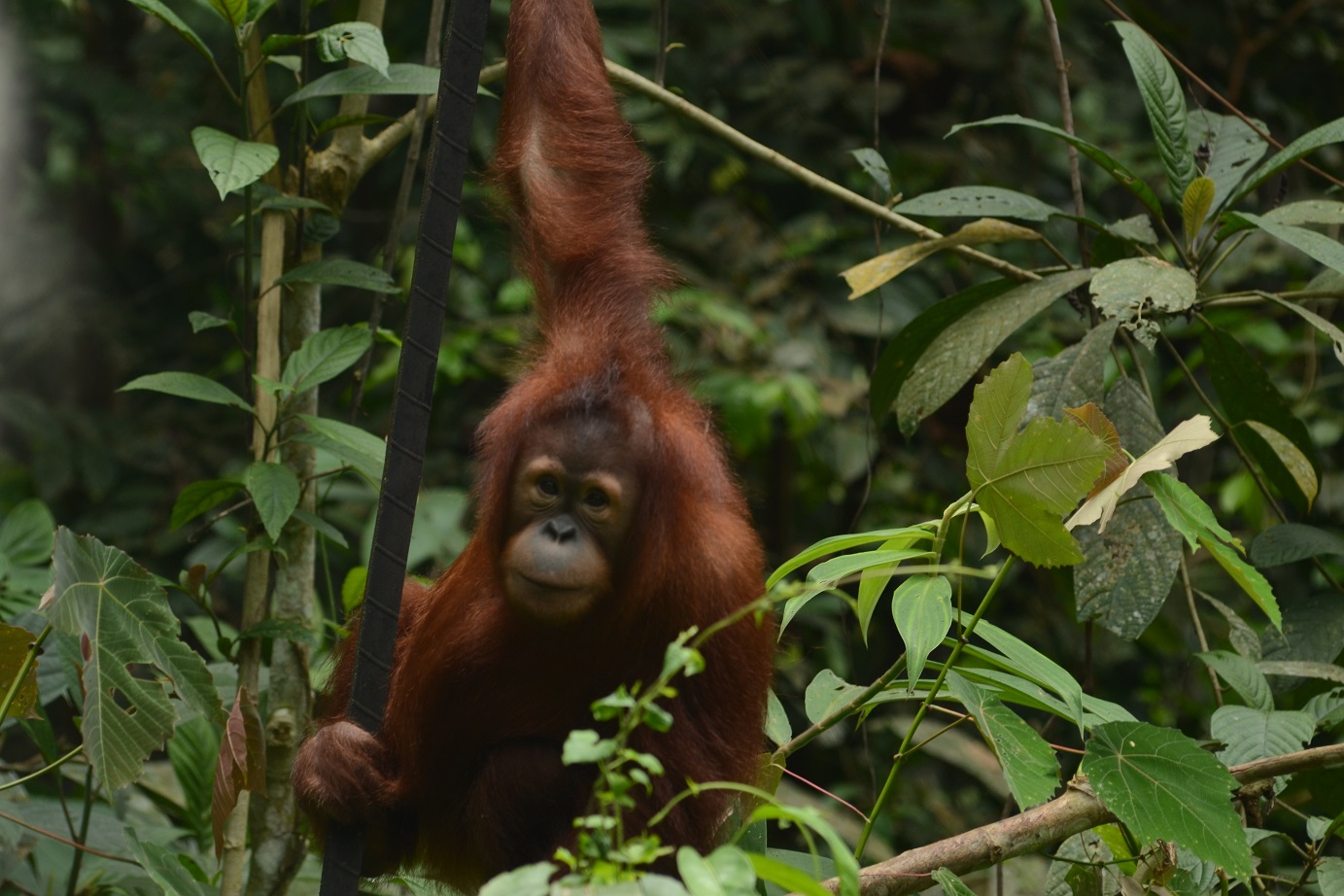 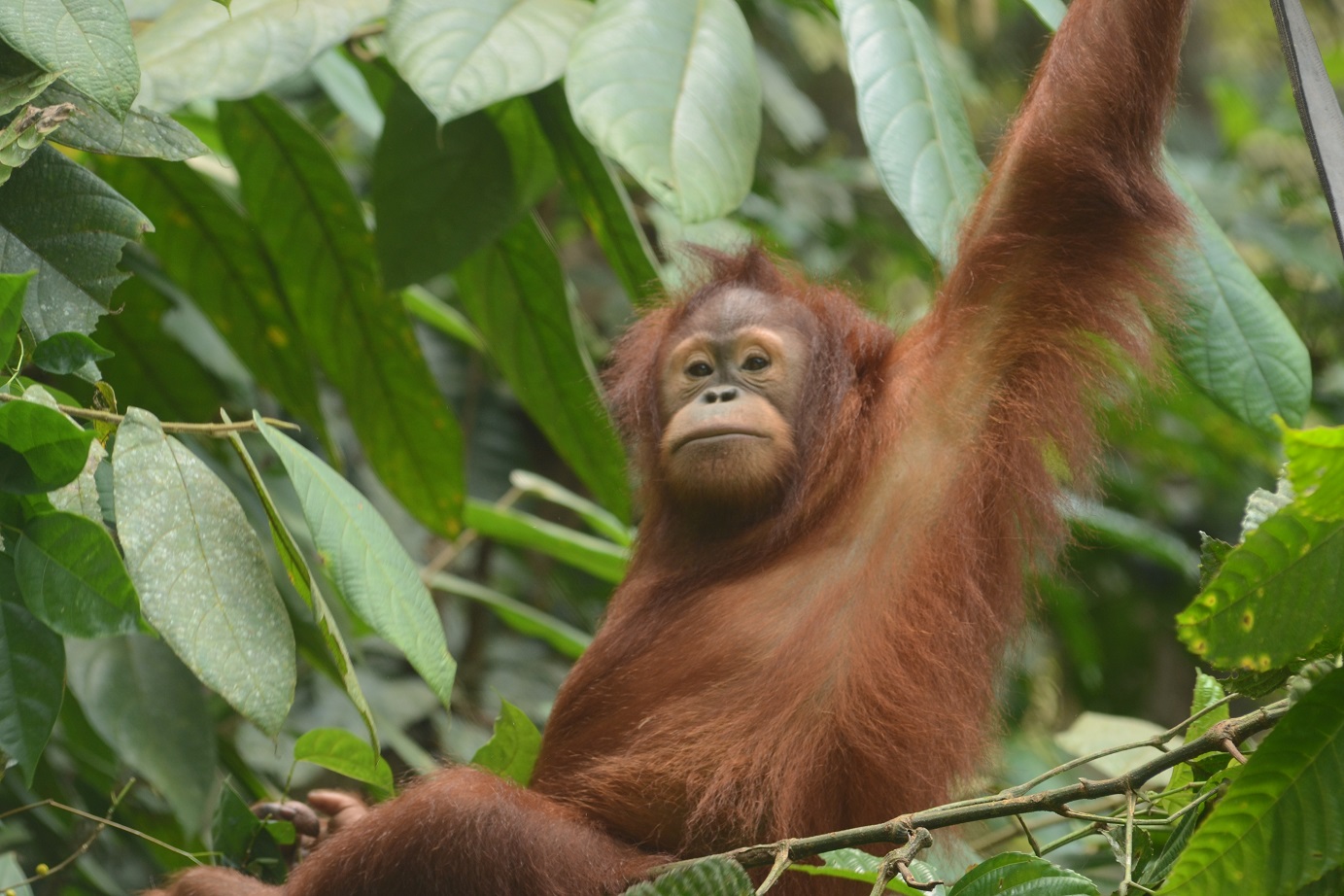