The following message has been sent to all adopters prior to being published on this website. We apologise if you have adopted this infant in the past and have not seen the following message. This is likely to be due to either spam/junk email filters or possibly because you've unsubscribed from our lists at some point in the past.

In very exciting news, Wenda was released on 7 May at the Jantho Reintroduction Centre. After spending more than four years at the Batu Mbelin Quarantine Centre, Wenda was taken to reintroduction centre in Jantho in November 2013. She spent several months undertaking forest school classes to prepare her for her release into the wild.

During forest school, Wenda had the opportunity to become used to the area and the local orangutans. She also adapted to the local forest food, stripping rattan stem and picking termites from their nests. Wenda’s nest building skills also greatly improved as she learnt to plait the leaves and stems to give her nest more structure and support.

On the first day of Wenda’s release she was seen to be hanging about the transit cage facilities with her two orangutan friends Yusniar and Coty. Wenda would occasionally venture to the ground to pull out handfuls of grass and then return to the canopy with them. She copied this behavior from Yusniar and Coty who used to visit Wenda when she was in the transit cage.

The day after she was released, Wenda followed another orangutan named Ego and ventured into the forest with him. Since then, Wenda and Ego have been spending a lot of time together in the forest. Wenda has been observed sleeping in the same nest as Ego and learning how to make a nest from him. She will sometimes also contribute to making their sleeping nest for the night. She is eating all of the various forest foods very well and has adapted to her wild surroundings with positive results.

The staff at the Jantho Reintroduction Centre will be keeping a close eye on Wenda over the next few months to ensure she has adapted well to her new forest home.

As Wenda has now been released, if your adoption was on auto-renewal we have transferred your adoption to Gokong from the Batu Mbelin Orangutan Quarantine Centre in North Sumatra. Gokong arrived at the centre in February 2013 and he is now approximately 2.5 years old. He was confiscated from the home of an Indonesian palm oil plantation worker and he was weak, suffering from malnutrition and severely underweight. He is now doing very well but needs your help to continue his road to rehabilitation and release.Read more about Gokong.

If you wish to be transferred to another orphan or cancel your adoption, please call Rebecca on 1300 REDAPE or email at rebecca.buswell@orangutan.org.au

Thank you so much for your support of Wenda. Her journey to freedom is now complete and has been made possible with generous support from her adopted parents such as yourself. 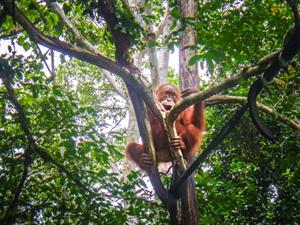 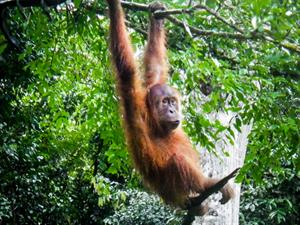 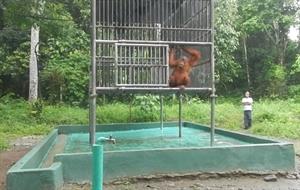