As announced in January, Gober and her twins, Ganteng and Ginting, were released at the Jantho release site in Aceh in early January. This was an amazing story since it gave wild born Gober, the chance to return to her jungle home and teach her twins how

The release did not work out entirely as hoped. All three orangutans were released at the same time. Ganteng did not take well to the forest environment and Gober struggled in the trees with two infants to watch out for. It was not long before Ganteng was left behind because he did not follow his mother and sister into the forest.

Ganteng was coaxed back to the pre-release cages when he did not venture into the forest with Gober and Ginting. Ganteng is still in the cage and staff are working with him to build up his confidence and trust. They are providing him with natural forest food including a variety of fruits and leaves so he can become more accustomed to eating these foods. He is also given branches to practice his nest building. Ganteng is also having some contact with other orangutans in the pre-release cages. Ganteng is sometimes visited by Wenda, who used to be in the TOP adoption program. She was released almost 12 months ago and will still sometimes visit the new arrivals in the cages.

Gober and Ginting continued to cope well in the forest after their release. They travel well in the canopy and developed a home territory of approximately 2km2. Ginting follows her mother’s lead and will eat a variety of forest food including fruits and leaves. They sleep in the same nest high in the canopy. 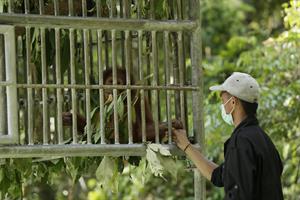 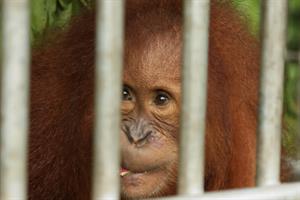 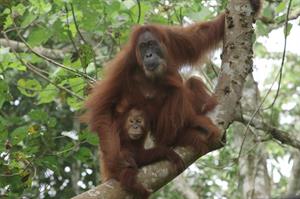 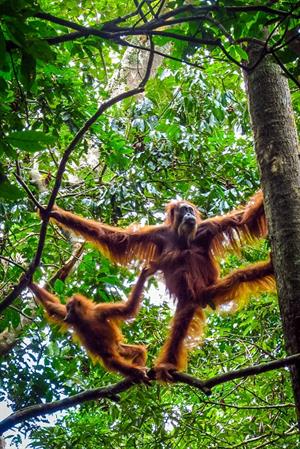 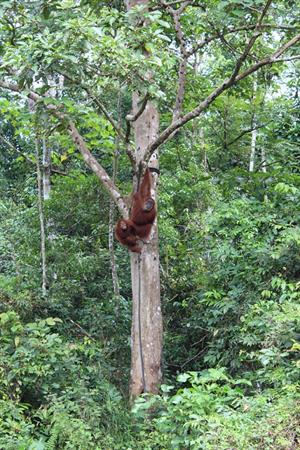